Xiaomi Mi 9is arriving in two days, but the company is so proud of its upcoming flagship, it already teased pretty much everything interesting about the smartphone. In a series of posts it revealed colors, the specifics of the triple camera setup along with wireless charging, fingerprint scanner, screen and some other features.

The Mi 9 triple setup will have a 48 MP camera with 0.8 µm pixel size and 1/2” image sensor, effectively outputting 12 MP images. The second snapper will be 16 MP ultra wide-angle with 117-degree FoV and f/2.2 aperture. There is also a telephoto lens with 12 MP sensor 1.0 µm pixel size and f/2.2 aperture. The whole setup, lined vertically, will be supported by Laser Autofocus that brings along PDAF and CDAF.

Instead of having regular rectangular coils for the wireless charging, we will see a circular module that will enable up to 20W charging speeds, if we can trust some hands-on and unboxed videos, leaked earlier today. While it is sitting behind the back panel, the front will come with an AMOLED panel by Samsung and Full HD+ resolution. It will have FP scanner underneath and will bring features like Reading Mode 2.0 and Sunlight Mode 2.0 to improve readability in all conditions

Xiaomi Mi 9 will have “outstanding sound quality” that the company claims will be equivalent to 0.9 cc large speaker box. Gaming enthusiasts will enjoy Game Turbo - the Xiaomi solution for boosting the CPU and GPU (or as manufacturers call it - “allocate resources”) to provide smoother experience

This whole package will be protected by sixth-gen Gorilla Glass, with the camera setup having a sapphire glass lens over it. There are going to be three colors - Lavender Violet, Ocean Blue, and Piano Black. A fourth variant called Xiaomi Mi 9 Battle Angel, is expected to make an appearance, but it will have a transparent rear panel. 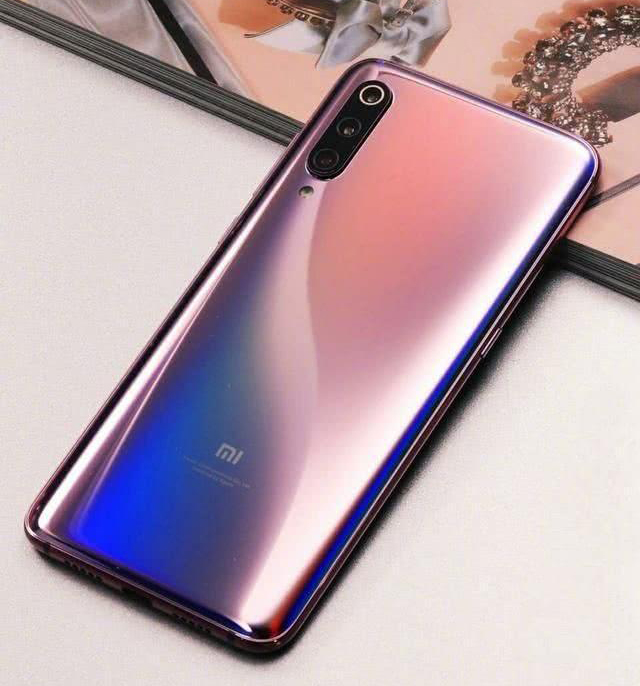